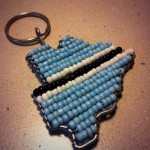 Dear Madam Ambassador,
on behalf of the board and the members of Dumela Group, Germany, I send my best wishes to the people of Botswana as you celebrate 49 years of independence on September 30.

Today we reflect on the strong ties of friendship and cooperation that bind us together. Our mutual efforts to assist each other have beard fruits during the years. Thanks to reciprocal visits, characterised by hospitality, strong ties between Botswana and Germany grew, and in our families and peer groups your country, Botswana, has become well known and appreciated for its kind people, its accountable administration, its well managed natural assets and its strong record of peace. Botswana and Batswana have a place in our hearts!
Botswana and Germany were built on the same ideals of freedom, justice, equality, security and democracy. But these days, our nations have to deal with their specific challenges: Batswana are, more than ever, longing for rain. With a severe drought on the rise, people both in urban places like Gaborone and rural areas like Ghanzi lift their heads to the sky and pray for rain. When „Pula!“ is being shouted on Independence Day, it will be a wish more important than ever, requested a million times in the whole country – and accompanied by our prayers.
Germany, too, has its complexities: People from war troubled countries keep coming to our homeland in order to seek refuge and prospects. While they experienced the most traumatic events, some fellow citizens do not want so take their sisters and brothers in. Such feelings have been nourished by derogative comments of German politicians, too. “Pula” may be as well construed as “blessing”, and we as Dumela Group commit ourselves to the point of view that people from other countries and cultures are meant to be a blessing for us, and that welcoming them is a divine duty. We are grateful to be able to relate to the example of Botswana how to deal positively with immigrants and asylum seekers.
Especially in times like these it is important to look to best practice. I am therefore pleased that both Batswana and Germans have found common cause in supporting people, especially children, whose lives are affected by HIV/Aids. Since its founding in 2003 Dumela Group has been keen to support the sisters and brothers in Botswana who showed commitment to the civil society’s and government’s ongoing efforts to develop ways to manage the HIV pandemic.
I am looking forward to further cooperation between our people as we seek ways to support each other and learn from each other in a strong relationship that has endured for more than ten years.